skip to main | skip to sidebar

Thank you to all the loyal readers who made this an adventure not only for Ephraim P. Noble, but for me as well.

The project is explained here.

Check back for updates. Ephraim is gone, depending on how you define "gone"...

Here are cover scans for each issue, except for #1.

#2 / "The car stopped in the glow. The tall one cut the engine and got out. The hunchback followed." 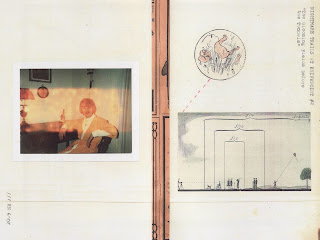 #3 / "And yet there were still stray memories that floated up, like small, soft underinflated balloons." 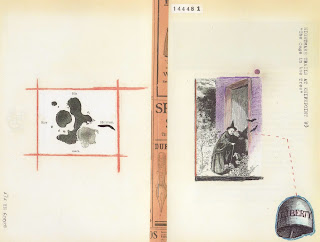 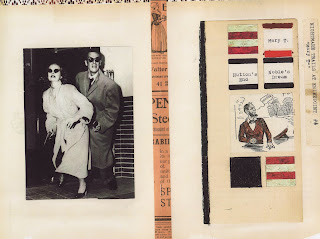 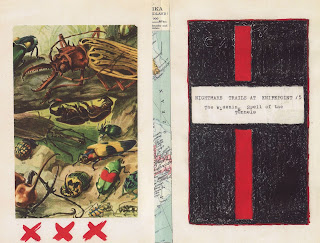 #6 / "Electric thoughts raced between their heads." 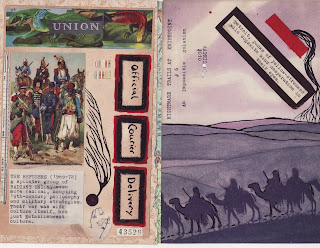 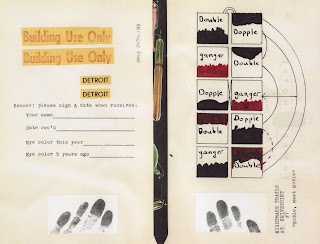 #8 / (An oversized graphic illustration, only 1/2 shown here, + 1 narrative page) / "Ephraim scans the hall for the terminal door." (SOLD OUT) 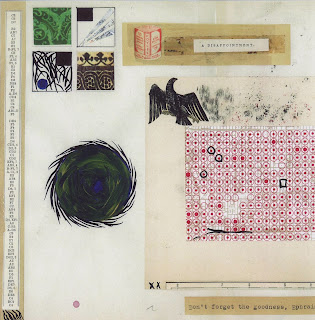 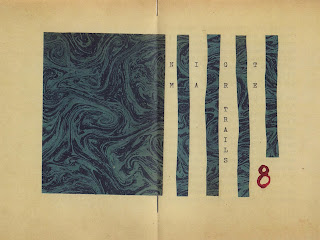 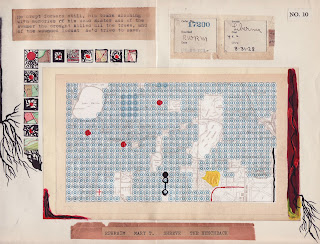 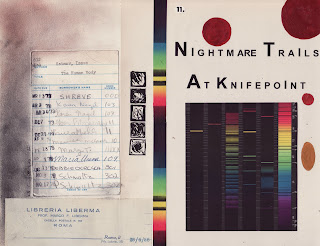 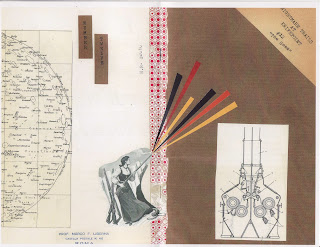 Posted by Nicholas at 6:17 AM No comments:

The Comedies of Ephraim P. Noble

True, and pure of spirit. Here.
Posted by Nicholas at 3:14 PM No comments: 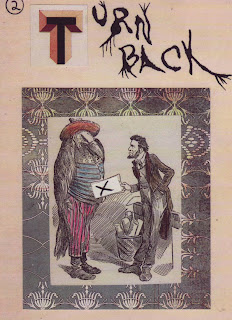 Welcome to Nightmare Trails at Knifepoint.

Nightmare Trails is a lightning-flashed noir, a haunted detective novel for our disordered age. Ephraim P. Noble is a new kind of hero who must face the incoherence of a vast underground tunnel system built at the same time as the interstate highway system in the 1950s, a clock that doesn't keep time but creates it, his doppelganger, a mad (as in sanatorium) hunchback, a shadowy woman with long fingers whom he just happens to love, and a dark mystery as complicated as life itself. Ephraim, in fact, collaborated with me on portions of A Cultural Dictionary of Punk, 1974-1982 (Continuum Publishers, 2009), where he made his first public appearance.
Each monthly installment follows Ephraim as he journeys deeper into the tunnels, where a vast machine awaits him. Is it possible to escape one's fate? This, and other mysteries, lay at the heart of Nightmare Trails. The plot thickens in each installment, until it reaches is resolution in the final pamphlet (December 2010).

As a lover of sequential, serialized narrative, I found that the most natural way to publish Ephraim's strange odyssey was through a series of pamphlets, each one between 6 to 20 pages long, and each with a cliffhanger ending. (Well, seeing as there are no cliffs per se in this part of Michigan, let's just call them ravine-hanger endings.) I also loved the idea of telling his story in paper format, so that the story being told is more than the story itself, but also the medium of its publication. In other words, the pamphlets are worth keeping, featuring full-color covers and, sometimes, inserts.

Notices, Reviews, and Word of Mouth

" . . . pulp-fiction dread . . .an absurdist David Lynch-meets-Waiting for Godot demi-world brimming with cryptic messages, phantom sightings . . ."
--Underwire / Wired.com
"In a time of twitter novels and short stories laid out a 140 characters at a time, Nicholas Rombes, author of A Cultural Dictionary of Punk 1974-1982, is going in a different direction."
--The Rumpus
"As publishers build fancier eBook offerings and iPhone apps, one writer has decided to use good old fashioned snail mail to serialize his new novel."
--GalleyCat
"There are also these bizarre 'narrative cards' that are illustrations to the story and rock pretty hard on their own. Letters have come on old stationery harvested from various locations (Hotels? Navy Ships?), with cut-and-pasted bits from catalogues, and my name has been typed, scrawled, or sharpie-penned into various spots to make me fell that yes, indeed, the mystery is mine to uncover."
--Hayden's Ferry Review
"For those who prefer paper to computer screen, author Nicholas Rombes is publishing his new novel Nightmare Trails at Knifepoint in serialized form . . . via snail mail."
--Fiction Writer's Review 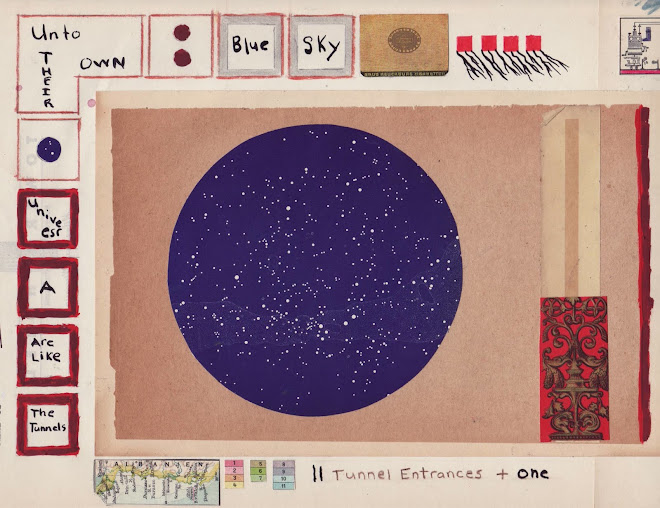 "The Comedies of Ephraim P. Noble"

For the curious and incautious, here are the Ephraim P. Noble Archives, which were active between May and October 2009. The site is preserved as a historical narrative and visual record of my communiques with Ephraim from his undetermined location in the tunnels.

Nicholas
Author of the books Ramones (part of the 33 1/3 music series), A Cultural Dictionary of Punk, & Cinema in the Digital Age. Contributing Editor at Filmmaker Magazine, and contributor to The Believer, The Oxford American, The Rumpus, and other places. Professor and Chair of English at the University of Detroit Mercy. Contact: nrombes@hotmail.com